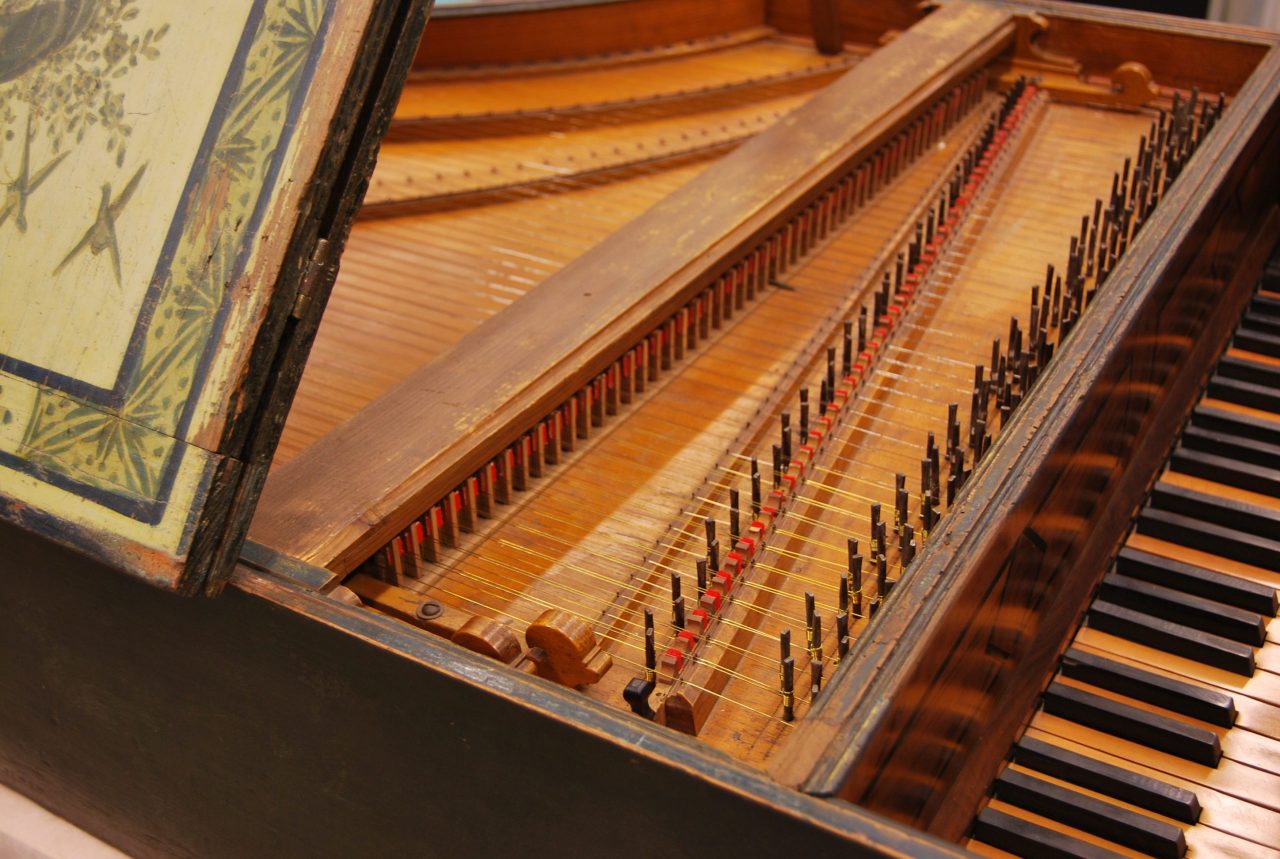 No. The tagline is not merely saying the site is focused on music. It doesn’t mean trumpets are always blaring, or are rude. It is a bit of a play on words and involves some music theory.

A “Just” scale is one that exactly follows the natural harmonic series. An octave has a frequency double that of the fundamental note. The location of other notes is based on the physics of a vibrating string or air column. These other notes occur at precise ratios of integer numbers (for example, 5/4 or 3/2). Bugles, and other valve-less horns, produce their notes using the harmonic series. The only notes they can produce must follow these physics and are on a “just” scale (ignoring pitch-bending by the player). Bugle music is “just” music.

However, there is a problem with the just scale. If you change keys, the notes are different place and are no longer the same. Let us start in the key of A with A=440 Hz. The octave would be 880 Hz. If I go up a fifth to E, it would be at 3/2 or 660 Hz. Let us say I have another instrument in E, that is tuned to 330 Hz with an octave at that same 660 Hz. If I used that second instrument to play a C# (a major sixth) it would need a ratio of 27/16 (based on physics-based, harmonic tuning) which is 556.9 Hz. The first instrument, the one in A, would need to go up a major third, or 5/4. This would be 550 Hz for a C#. Those two instruments are off by more than 1% which is enough to hear them as out of tune. This is the problem with the just scale. It only works in one key. This is fine for valve-less brass when all instruments are in the same key, or for singers who can easily adjust pitch by ear. It is nearly impossible for something like a piano to deal with and can be a major issue for instruments that need holes drilled in precise places to create desired pitches..

You may be familiar with Bach’s The Well-Tempered Clavier. Clavier is an early keyboard instrument. A kind of proto-piano. “Well-Tempered” is not an attempt to anthropomorphize the instrument. “Tempering” a scale is how you deal with the issue discussed above. Instead of having several frequencies for the “same” note, depending on what key you started in, you can move them around slightly. Find a middle ground between the different versions that is close enough to still be pleasing in either (or any) key. There are a number of different systems for tempering the scale. Some work well for several keys, but not all. A few are “well-tempered” and can work in al 12 keys. A “well-tempered” scale is one that can change keys and still retain similar spacing of intervals. Our current standard is the “Equal Tempered” scale, but there are others. Search youtube and you will find some fascinating examples of how different systems of tempering can create some different sounds.

A valve-less trumpet or bugle is inherently NOT tempered. It plays the harmonic series and inherently “just”.

What makes a bugle a bugle?